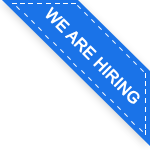 Amazon Route 53 is a highly available and scalable cloud Domain Name System (DNS) web service and the reason is called the Route 53 is it’s combination of Route 66. Which is the old interstate of first interstate route across the United States but it’s named after port 53 which is the DNS Port that’s how it came to get its name.

What is Domain Name System?

If you’ve used the internet before, you’ve used DNS. DNS is used to convert human friendly domain names (such as http://example.com) into an Internet Protocol (IP) address (such as http://192.0.2.1) IP address are used by computers to identify each other on the network. An IP address commonly come in 2 different forms, IPv4 and IPv6.

Difference between IPv4 and IPv6

The IPv4 space is a 32 bit field and has over 4 trillion different addresses (4,294,967,296 the radical addresses to be precise). Then the problem is that we started getting the internet of things there is a lot more devices out there on the internet now and essentially we are running out of IPv4 addresses.

IPv6 was created to solve this depletion issue and has an address space of 128bits which in theory is 340 undecillion addresses it is massively larger than IPv4. Now the problem that moment is that nobody seems to be using IPv6 very prevalently all the ISP’s still use IPv4 to spite us running out of address spaces and it’s really down to the ISP to force uses to start using the IPv6 spite of a cart before the whole scenario and right now you know typically using IPv4 there is clever techniques somewhere you translate IPv4 to IPv6 addresses but as a stands today to spite IPv6 being out for quite of few years now most peoples still use IPv4.

If we look at common domain names such as google.com, bbc.co.uk, izap.in etc you will notice a string of characters separated by dots (periods). The last word in a domain name represents the “top level domain”.

Because all of the names in a given domain name have to be unique there needs to be a way to organize this all so that domain names aren’t duplicated. This is where domain registrars come in. A registrar is an authority that can assign domain names directly under one or more top-level domain names. These domains are registered with InterNIC, a service of ICANN, which enforces uniqueness of domain names across the internet. Each domain name becomes registered in a central database known as the WhoIS database. Popular domain registrars include GoDaddy.com, 123-reg.co.uk etc and Amazon have started you can register name domain name through Amazon now as well.

Some common DNS types include: